Famous Adirondack Dogs We Have Known

Forget the dog days of summer, the Adirondacks are home year-round to famous canines!

The Adirondacks are certainly a great outdoor oasis to explore with a canine companion, but dogs in the Adirondacks, USA have played a much larger role than simply being hiking partners. Likely, this never occurred to you, which is why you’re going to enjoy this story tremendously — assuming you love dogs. And if you don’t, what are you doing here and go away.

So it might, then, come as a surprise that there are some pretty prominent dogs of note that have sniffed and trekked their four-legged way across the history of the Adirondacks. From chocolate labs to sled dogs and one particular red dog – here is a brief history of famous dogs the Adirondacks have known:

The time is 1910. You’re a mail delivery man by sled dog (because you’re also in Alaska, so it’s only necessary), and have been for 20 years. The opportunity comes around to circumnavigate the globe by dog sled for $10,000 (or what amounts to about $249,000 in today’s terms). Would you do it? Yeah, “hard pass” for me too. Mostly because that’s impossible. However, a man by the name of William F. Cooper, aka Caribou Bill, the man in the shoes of this situation, said “yes” to the Nome Sweepstake Association, left his postal delivery job, and traveled with his team of sled dogs from Seattle, Washington to Washington D.C. and then to New York City.

However, at that point it seems he figured out the physical impossibility of his journey, and he decided to make a career change, building a film studio in Saranac Lake. Saranac Lake was, at the time, an unassumingly thriving film town.

But that did not mean he abandoned his beloved dogs; they were his legitimate best friends who had come so far with him in his life that his studio revolved around them - the first of their kind brought to the region - featuring them in the many productions taking place in Saranac Lake. 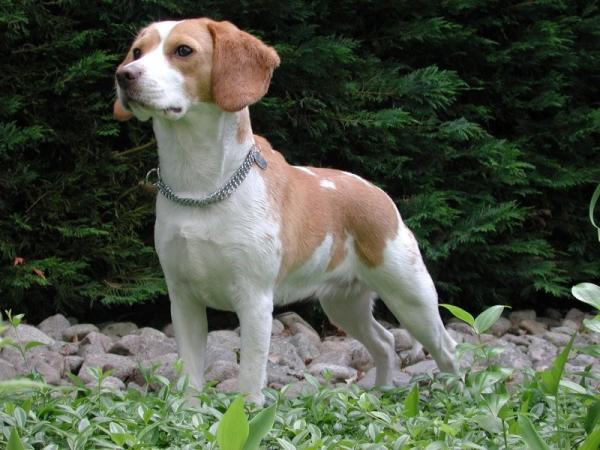 Known as some of the best hunting beagles, they’re still bred the exact same way today, nearly 100 years later. They possess high levels of both athletic and mental ability meant to last them days while on a hunt. As Mr. Randall put it, the dogs were his entire life, only after his wife and kids (likely adding the latter part only to keep him out of the, uh, doghouse).

Perhaps the most famous beer of the Adirondacks is Lake Placid Pub and Brewery’s Ubu Ale. The bottles and cans of this signature brew sport the eponymous Ubu, a chocolate lab. Yes, the dog on a beer can absolutely counts because well, it is a real dog. While it’s maybe not as cool as a White House dog, it’s a dog that just-as-importantly made it into the White House. I’ll explain.

As the story goes, a few of Hillary Clinton’s interns - while working with her as she toured the area debating whether she’d run for a spot in the Senate - stopped into the Pub for a drink after a day’s work and took a particular liking to the Ubu Ale, and the story of Ubu the dog. They liked it so much that they brought Ubu (the beer) back to President Clinton in D.C., and he later ordered several more growlers to the House.

The Roosevelt Dogs Save the Deer 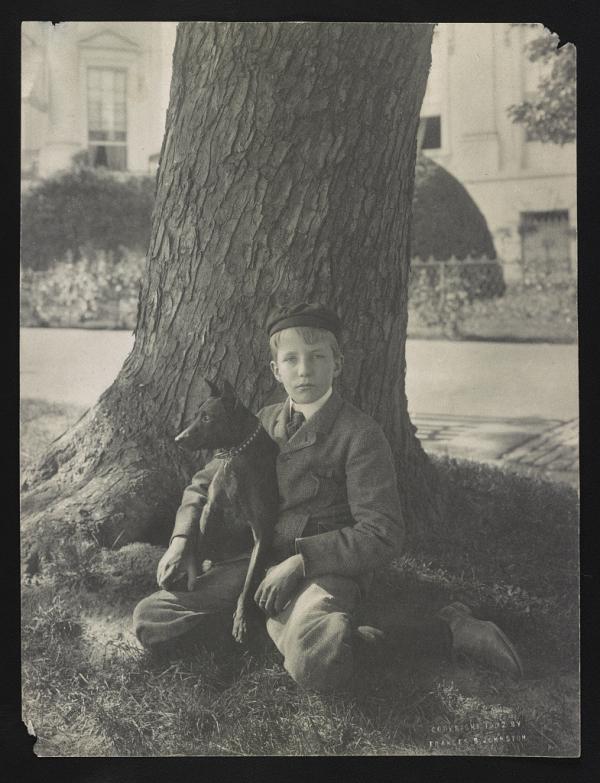 Theodore Roosevelt’s final day as Vice President was spent in perhaps his favorite outdoor escape - the Adirondacks, a spot that he frequented as a getaway with his family. One fine day in 1901, Roosevelt was on a trail to Mt. Marcy when President McKinley, having been shot in Buffalo a few days previous, succumbed to his wounds, leaving Roosevelt to carry on leading the nation in his stead.

Throughout his term in the White House, Roosevelt was known for keeping what could be called a micro-zoo: he filled the House with miniature horses, cats, a bear, a beaver, and even a hyena, to name a few. But the most cherished of his menagerie during his term were certainly the family dogs - Rollo, Sailor Boy, Machu, and Skip (to name just a few).

Throughout his term, Roosevelt’s immense love for both his family’s dogs and the Adirondacks grew, as he came to understand the delicate balance between the natural world and creature comforts. Together with C.H. Merriam (a zoologist and naturalist, among many other things), Roosevelt banned deer hunting with dog companions to successfully revitalize the declining deer population of the Adirondacks. Thanks, White House dogs, for apparently being able to help pass new legislation. 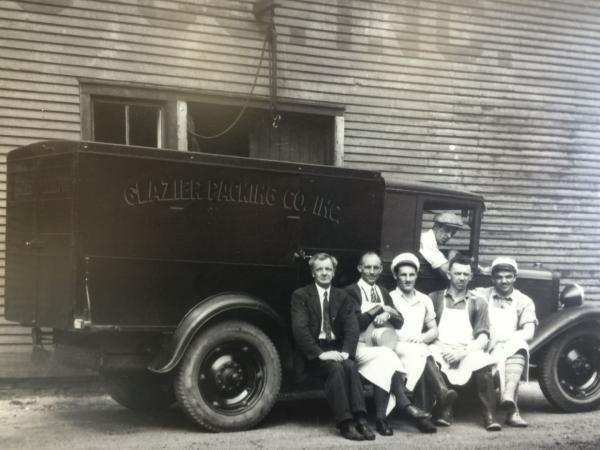 Being the wurst pun or not, I promise that this is actually a very relevant Adirondack dog. A man by the name of Howard (you guessed it) Glazier moved to Malone and opened his own grocery store, a few years after Caribou Bill made his production debut just 45 minutes away in Saranac Lake. Mr. Glazier hired a German sausage maker and started Glazier Packing Company, and today the company makes up to five million of these hot dogs each year.

While Glazier Packing Co. focuses on local distribution, the popularity of the hot dog’s iconic red casing has warranted the opening of an online store. So if you can’t get a few on the grill or campfire while you’re up here (which is a fantastic must-do on any one of our lakes, by the way), you can still try one out after you’ve gone.

And there you have it. All sorts of dogs: White House dogs, a poster-dog for beer that got into the White House, movie star sled dogs, Patches, and the edible, food-grade kind of hot dog. With such a big impact on the Adirondacks and what they are today, they leave some pretty big (paw) prints for your own Adirondack-adventuring dog pal to follow!