Ready to get glittery in the Gilded Age? The moniker refers to boom times in the U.S. between 1870 and 1900, when industrialists pulled iron and timber from the Adirondacks, railroad barons made fortunes transporting the raw materials to cities, and wealthy urbanites like the Vanderbilts, Rockefellers, and Carnegies escaped to the primitive Adirondack wilderness.

These tycoons of tenacious expansion built luxurious homes along remote lakes, and hired locals to guide them on outdoor adventures, or man the farms required to feed their families and guests. They were sprawling, luxurious compounds that sprung from the wilderness to offer guests unheard of entertainment in the vast wilderness of Northern New York.

Today, 35 Great Camps remain – and the stories that surround them are the stuff of Adirondack legend.

Interested? Read on to discover which camps are open for tours, overnight guests, and everyday exploring.

William West Durant, the brash son of a railroad scion, grew up yachting in Europe and hunting big game in Africa. He built Camp Pine Knot on Raquette Lake in 1877 using log buildings and decorative natural materials to give buildings the look and feel of their wild surroundings. Durant’s rustic style would come to define Adirondack Great Camp architecture and design, influencing a new wave of keeping up with the Carnegies in the Adirondacks. 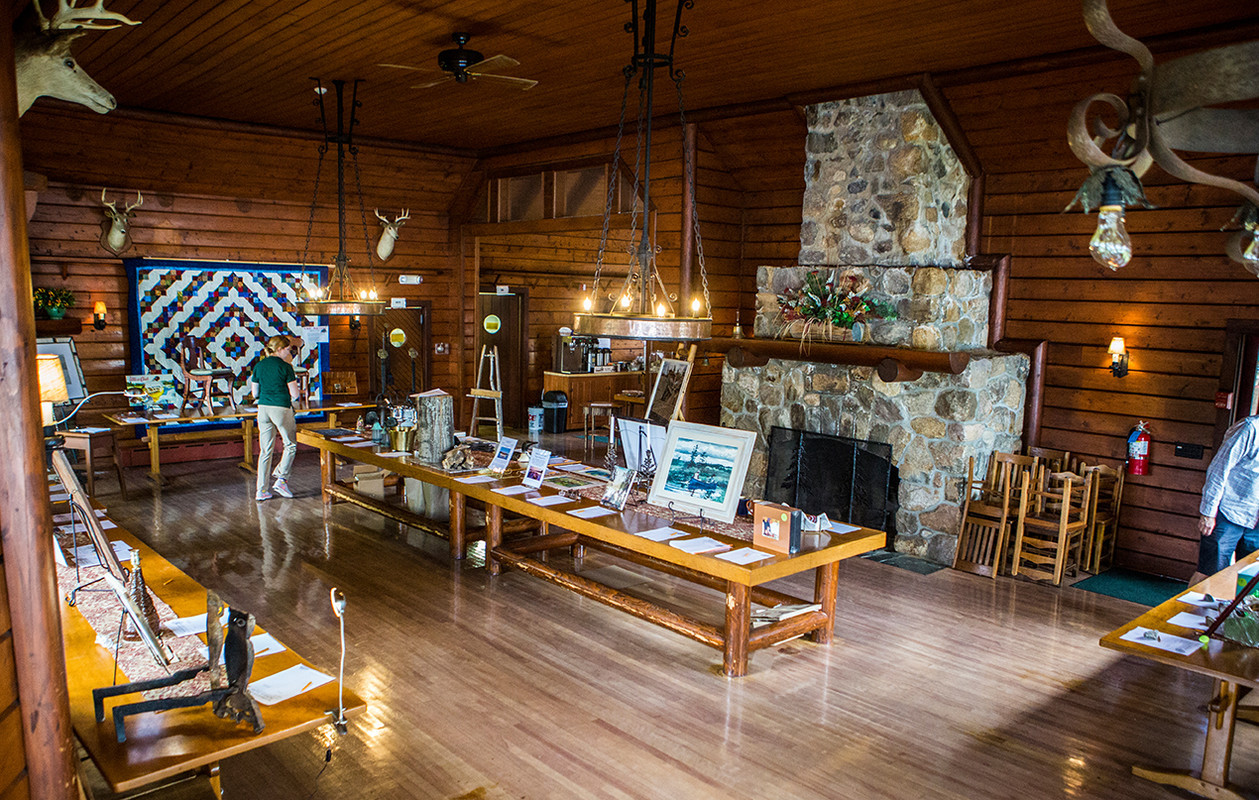 Like what you see? Durant also built Camp Uncas, then sold the property to financier J.P. Morgan. It’s now on the market for $2.75 million. From 1893 to 1895, 200 men cut roads to the site on Mohegan Lake, then logged spruce trees and quarried granite to construct a five-bedroom lodge, two cabins, a boathouse, and lean-tos. Paddle the lake for a glimpse of the game, or enjoy dinner and a cruise aboard Raquette Lake Navigation’s appropriately named cruiser, the W.W. Durant, complete with captain’s narration. 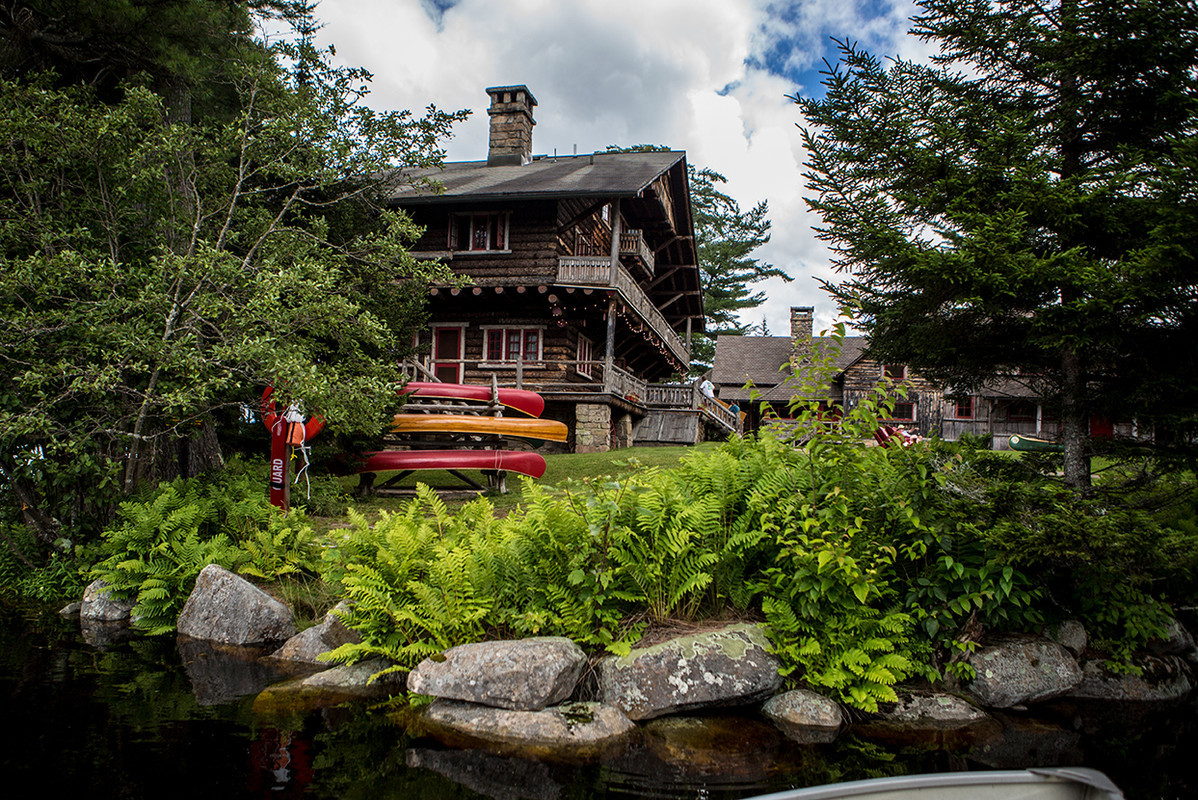 Experience one of Durant’s wilderness fantasies at Great Camp Sagamore in the Heart of the Adirondacks, where guests stay in original 1890s structures while attending programs on science, music, and even basketry. Durant sold the camp to Alfred Vanderbilt, who died in 1915 on the Lusitania—an ocean liner sunk by a German submarine. Margaret Emerson McKim, his second wife, was called “the hostess of the gaming crowd” and entertained guests long after his death. See how the Vanderbilts partied with a stay at Sagamore during one of their annual events – and don’t forget to check out the Adirondack Experience, The Museum on Blue Mountain Lake for a more in-depth trip through the Adirondacks’ history.

Stop and smell the balsam at the Saranac Lake Region’s White Pine Camp, once President Calvin Coolidge’s summer White House. Today, 13 cabins and cottages available for rent sit on the eastern short of Osgood Pond in Paul Smith’s, not too far from Saranac Lake. Paddle into the St. Regis Wilderness Canoe Area and peer into boreal forest in search of the rare three-toed woodpecker, or hike out to the Japanese Tea House. Hike mossy paths on the property where white-tailed deer occasionally linger. Rain in the forecast? Head for the Camp’s bowling alley. 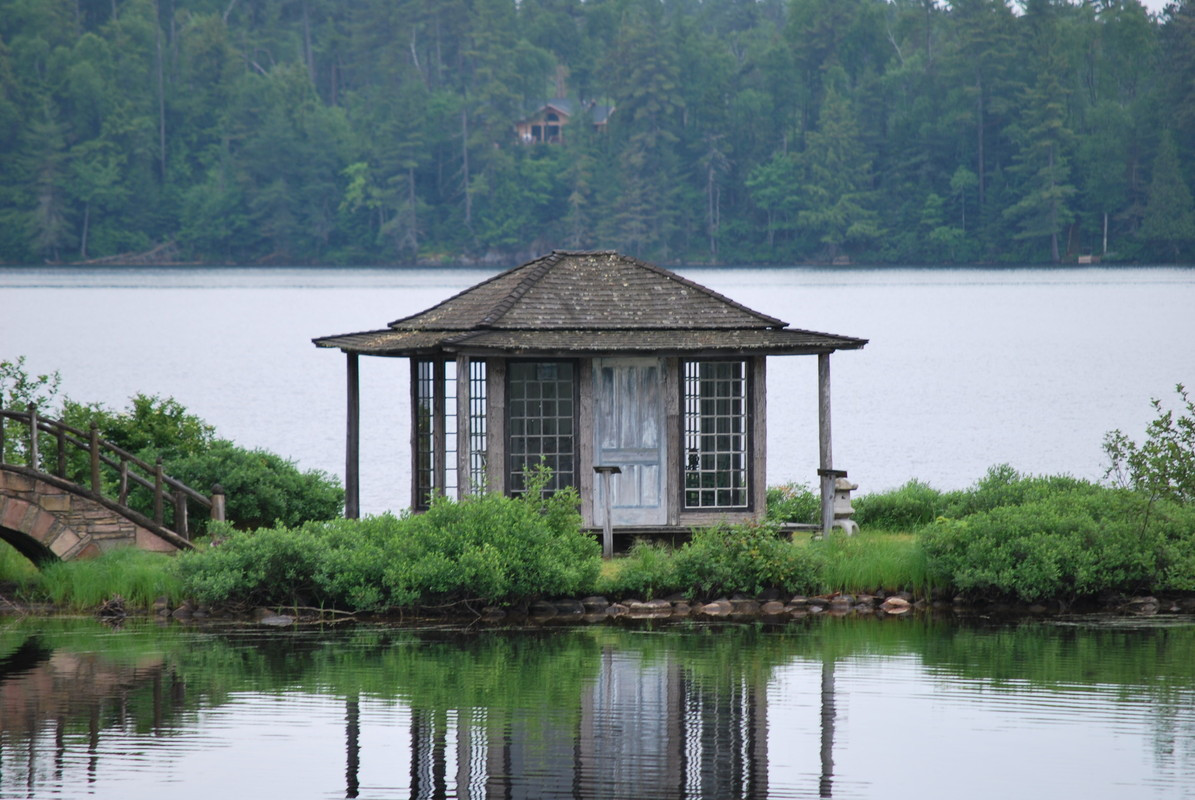 Every visitor to the Schroon Lake Region’s Camp Santanoni can add a self-guided adventure to their architectural tour. Bike, cross-country ski, or snowshoe—depending on the season—the 9.8-mile roundtrip from the Gate Lodge to the 15,000-square-foot Main Lodge perched above Newcomb Lake. Built in 1893 as a self-sufficient wilderness retreat by Robert and Anna Pruyn, the entire property is now owned by New York State. Think of it as a Great Camp for the people. While the Camp is no longer open to overnight guests, you can enjoy touring through the restored buildings. 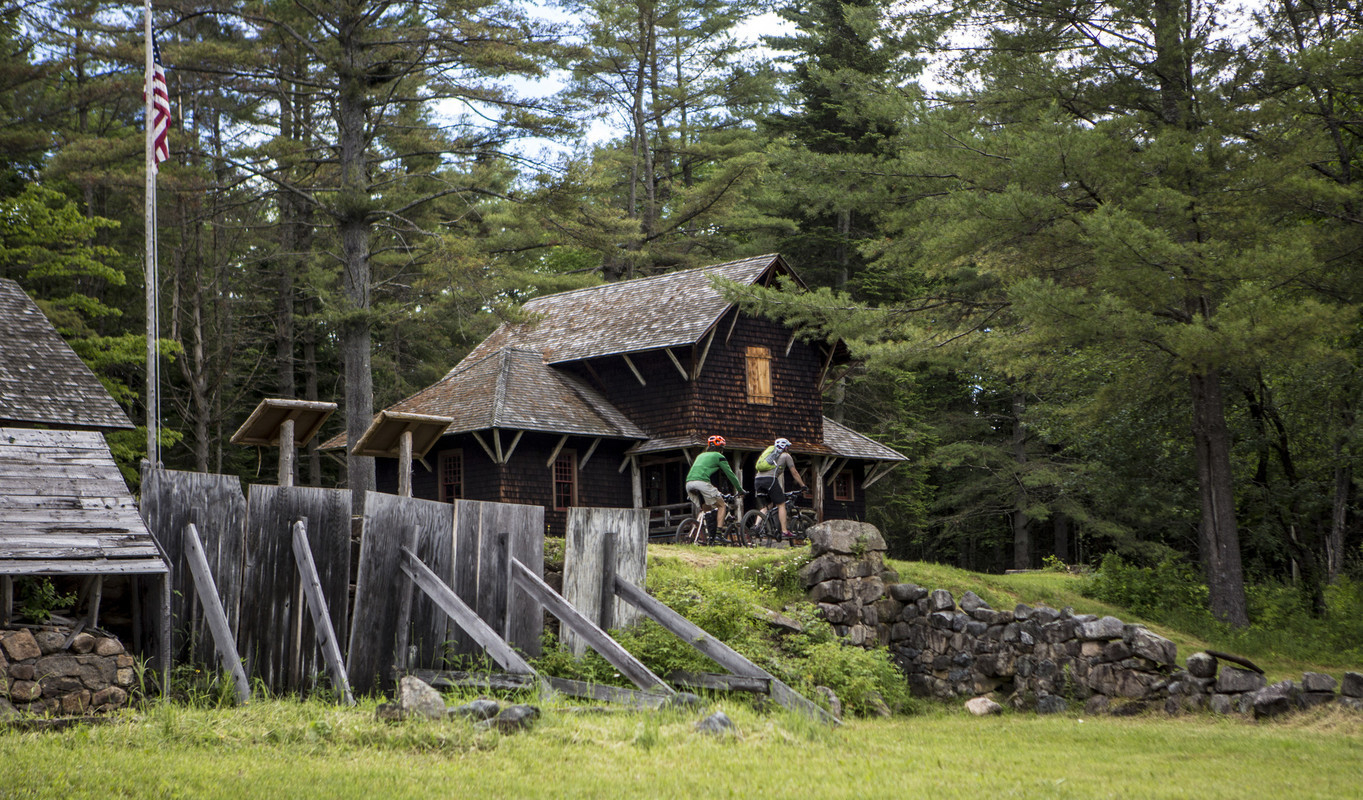 Ready to go glitterati in the Adirondacks? We thought so! Check out some of our modern takes on Great Camps for a sophisticated cocktail, spa treatment, bowling game, or spend the night at Lake Placid Lodge, Whiteface Lodge, or The Point Resort.