Gear Up for ADK Adventure Today

Propel yourself to adventure 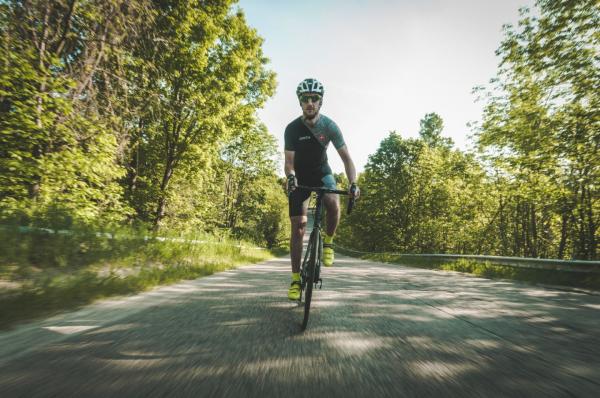 The Malone region is a cyclist's dream come true. Miles of lightly trafficked roads traverse a unique variety of landscapes. From wide open farmlands to dense forest and quaint North Country towns, biking in Malone offers rich scenic rewards for riders of all ability levels. I am not an experienced cyclist. Quite frankly, I've never been very good on two wheels. My crash rate is embarrassingly high. Many of my friends are avid cyclers though, and after listening to them rave about all the different roadways in the Malone region, I decided to give it one more try. After all, it's like riding a bike, right? So, with a borrowed bike on a beautiful day, I joined my friends and took to the road. 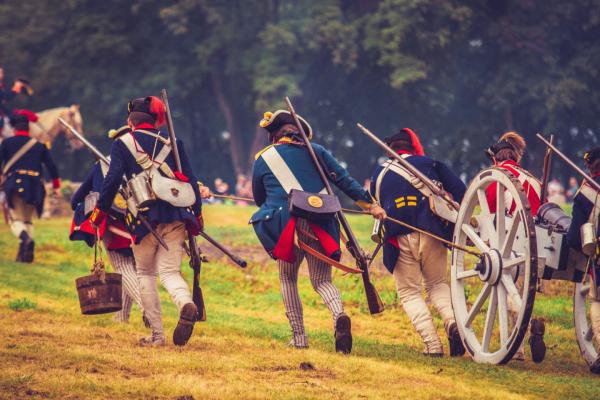 Visiting Fort Ticonderoga during any season is always a thrill, but my favorite time of year to experience all Fort Ticonderoga has to offer is during the autumn months. The landscape can be spectacular dressed in its colorful foliage, which appears particularly vivid on those sunny, but cooler, days. The sounds of the fife and drum, cannon and musket fire, and even the smell of gun powder seems sharper and more intense. Here are some reasons why I think you, too, should experience Fort Ticonderoga in the fall. 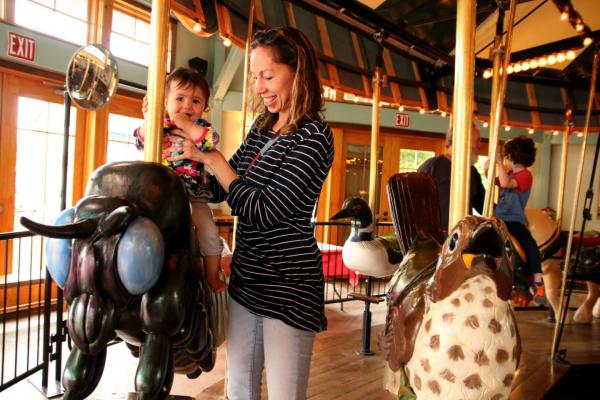 Our one-year-old daughter, Lucina, doesn’t find all of our Adirondack adventures as exciting as my wife and I do. Case in point: A couple of weeks ago we took Lucina to the Bloomingdale Bog trail, a straight, level path that passes through mountain-ringed wetlands, and she slept the entire time. A beaver swimming through the channel 10 feet from where we stood wasn’t even enough to arouse her curiosity, nor was a bald eagle taking flight. But a wooden black fly? Put Lucina on one of those — or a loon, moose, or otter — and her round little face lights right up. 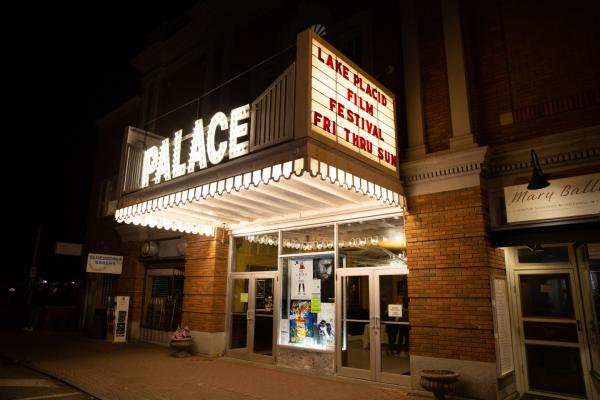 Writer and Adirondack local Russell Banks is known for his empathetic, emotionally complex novels portraying rural life, like The Sweet Hereafter and Affliction, both adapted to screenplays. He has had a prolific career as a writer and a professor at such schools as Princeton, and has made the Adirondacks his home. His love of film and the Adirondacks led him to become a pioneering founder of the Lake Placid Film Festival, which is now a five day celebration filled with panels, parties, and of course, great films that you can’t see anywhere else in the region. Banks will be honored for his contributions to the festival at this year’s Tribute Gala which kicks off the festival in October.

I spoke to Banks on the phone about his role in the Lake Placid Film Festival as it approaches its nineteenth year. During our discussion, we talked about the early days of the festival, the pleasure of seeing a good movie on the big screen, and Banks’ relationship to the Adirondacks.

Whiteface is the place 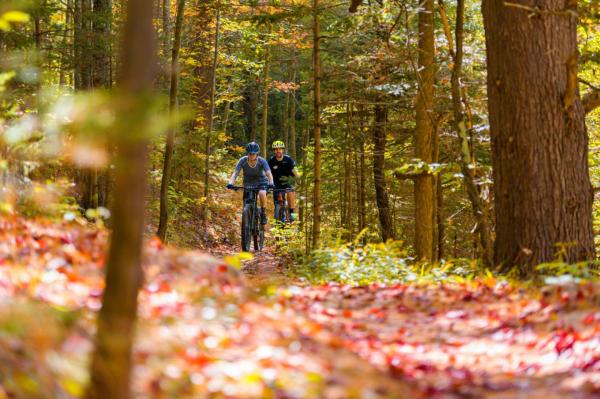 Fall is my favorite season for many reasons. Think flannels, foliage, and festivals. The Whiteface Region is a prime location to enjoy a number of activities and amenities that will leave you feeling all the fall feels. Here are the top five reasons to visit this fall. 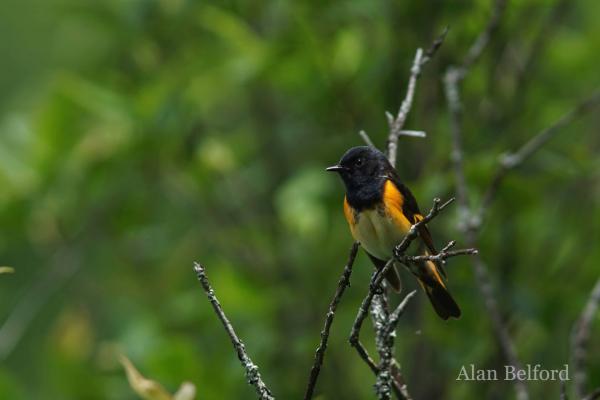 With so many great places to go birding in Hamilton County during late summer and early fall, it is difficult to impossible to choose the best or even my favorites. So, rather than take on the entire county in one go, here are some of the sites I like to visit the most when I’m around Raquette Lake. Even within this limited geographic area there’s enough fodder here to fuel several days of birding exploration. 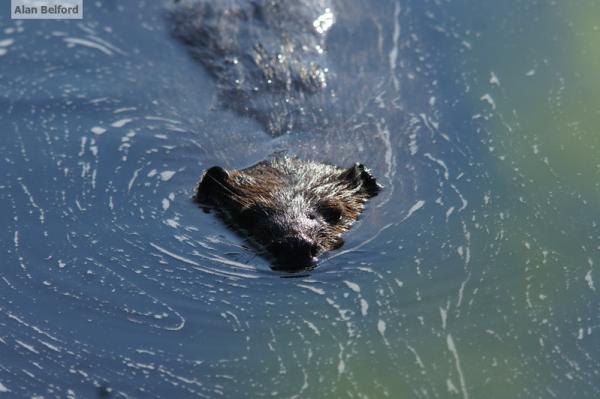 Any chance to spend time in Vanderwhacker Mountain Wild Forest is an opportunity to be grasped, so I was glad when work took me that direction a few weeks ago. I had started my day by birding along the route from home toward my planned camp along Moose Pond Club Road, the road which leads to the trailhead for Vanderwhacker Mountain itself. The birding continued as I explored the road and set up my tent as the afternoon and evening coolness seemed to fuel the birds to chatter. 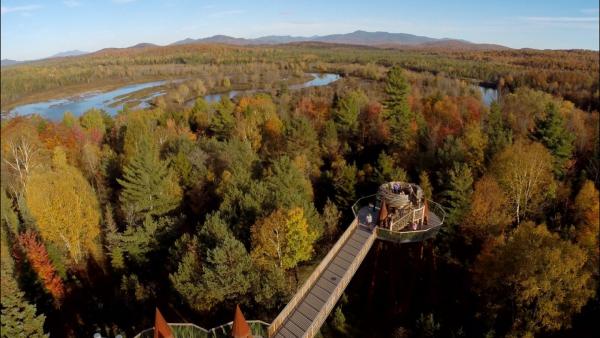 Fall in the Adirondacks means leaf peeping, crisp days, cider donuts, and endless outdoor adventure in a beautiful mountain paradise of dazzling lakes and undisturbed wilderness. One of the best, and easiest, ways to take in all this fun is by spending a day at The Wild Center in Tupper Lake. This family-friendly 115-acre campus of trails and immersive exhibits is a great way to learn about the Adirondacks while doing such things as watching river otters somersault in the water or by wandering through the Wild Walk where you can hang out in a dead tree. This world-class natural history museum is great for all ages and remains a testament to the unique culture and landscape of the Adirondacks.