Say "I do" to an Adirondack Vacation

Weddings with a view, biking into fall, and more. 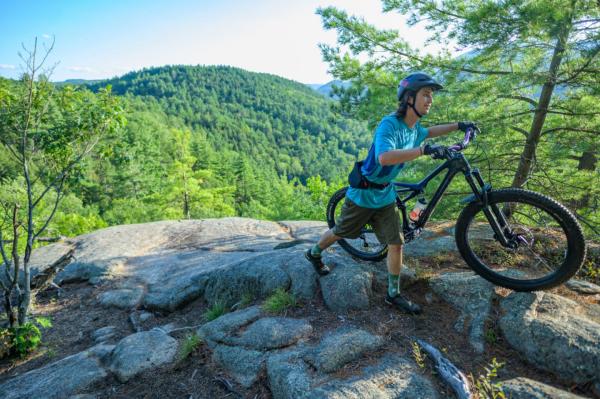 Tucked away not-so-deep in the woods where the Adirondack Mountains meet the shores of Lake Champlain is something magical, a glowing beacon of refreshment for the weary, a device as mysterious as it is unexpected. A Coca-Cola machine.

But this isn’t just any aluminum can kicking, soda slinging, hunk of metal abandoned in the woods. This one works, it's free, and it usually has beer. Some say it was left by aliens, others believe it’s a government mind control experiment, or that it’s been there since the beginning of time. More likely it was put there by landowner Jeff Allott, who has spent decades returning the once defunct ski hill to its glory days with music festivals, a rope tow, and some incredible mountain bike trails. 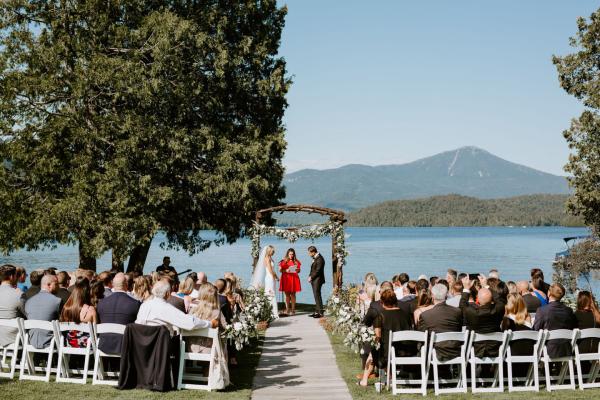 As a wedding destination, Lake Placid is sublime. The village has plenty of shops, restaurants, and activities to keep your guests on the go for days. Lake Placid weddings are far from ordinary, featuring utterly phenomenal views, providing you with a lush backdrop of stunning natural beauty. Imagine saying "I do" with a timeless scene of mountains and lakes behind you. Imagine celebrating on the actual top of a mountain. It's all possible here.

To help with this happy challenge of selecting a venue, and to make planning your wedding a treat, we’ve selected four Lake Placid wedding venues with fabulous views and why you just might fall in love with them, too. 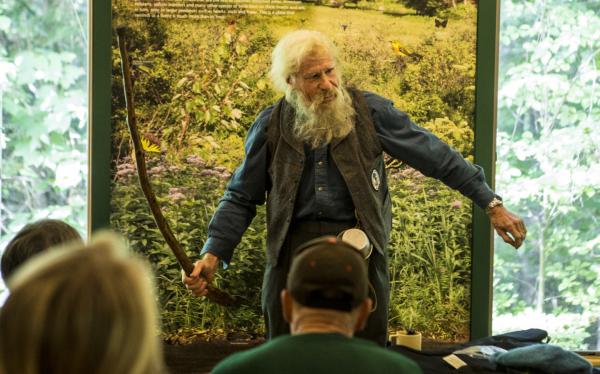 One of Newcomb’s most celebrated events is approaching. Teddy Roosevelt Weekend is a time for family fun in the historic and beautiful Newcomb, a southern Adirondack town nestled among mountains and lakes. The weekend offers a step back in time to appreciate the 26th president’s journey from Newcomb to the White House, where he succeeded William McKinley after his assassination. Roosevelt is especially important to the Adirondacks not just because he vacationed here, but because he is perhaps one of the most influential environmentalists in American history. He is credited with establishing the country's national parks system, especially in the West with support from fellow environmentalist, writer, and Sierra Club founder John Muir.

Because of Roosevelt’s love of the outdoors and his connection to Newcomb, Teddy Roosevelt Weekend is filled with fun events, historical recreations featuring Teddy Roosevelt and John Muir, a craft fair, an ice cream social, and fireworks. If you want to meet the 26th president — bespectacled, knicker clad, and bellowing with laughter — spend some time in Newcomb Sept. 6 - 8.

Here are six highlights to look for.

A day at the park 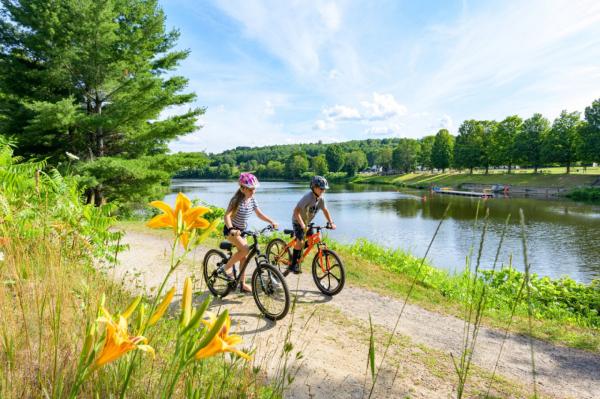 Want to spend time outside, casually enjoying a beautiful setting? Looking for a place that checks a lot of boxes and can make everyone in the family happy? You need to visit Malone Memorial Recreation Park, where a day of recreation awaits! 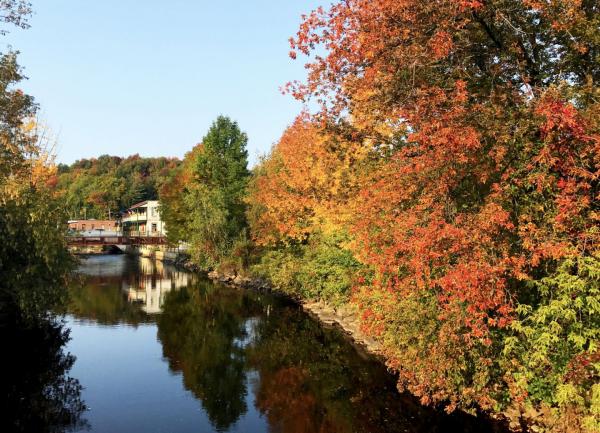 Fall in Saranac Lake is simply unmatched. The scenery? Spectacular. The atmosphere? Warm and welcoming. Surrounded by mountains aflame with red, orange, and yellow leaves, downtown feels like a movie set—nearly too perfect to be true. But it is real, and it’s yours to explore! See for yourself why this small Adirondack town prides itself on being decidedly different and spend a perfect fall day in Saranac Lake. 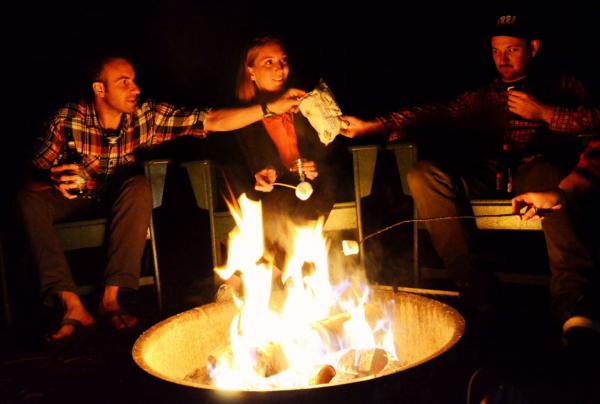 One of the hidden gems in the Adirondacks is the hamlet of Upper Jay. Located on the east branch of the Ausable River, Upper Jay is peacefully nestled in some of the best Adirondack scenery, with the High Peaks and babbling river up close. Upper Jay is also home to some great spots for art and culture in the region. The town is an easy drive from Lake Placid, just off Route 9N west of Wilmington and north of Keene (both great Adirondack towns). 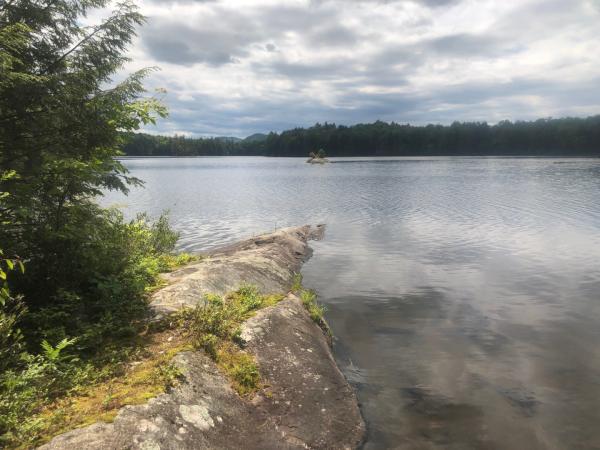 Pine Lake doesn’t get the attention it deserves. When the state acquired 65,000 acres of former Finch, Pruyn lands, a lot of ink was spilled about Boreas Ponds, the Essex Chain Lakes, the Hudson Gorge, and OK Slip Falls. Pine Lake was part of the deal, too, but it got lost in the hoopla. At more than 90 acres, Pine Lake is one of the largest bodies of water in the Essex Chain Lakes Primitive Area. It’s also one of the prettiest, ringed by evergreens and offering views of distant peaks. 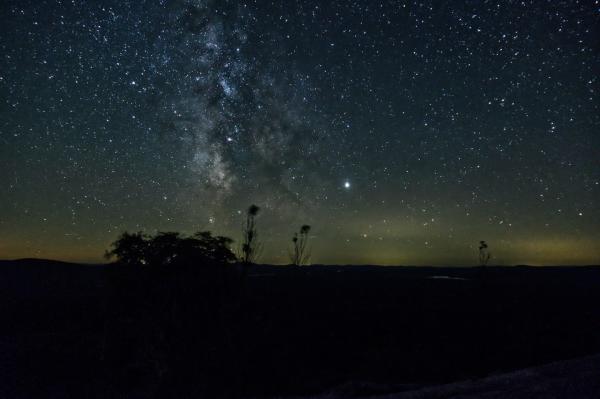 Peak leaf season is near. It comes and goes so quickly, I hate to miss a minute of the beautiful sights. The leaves are usually at peak around the same time every year, end of September and beginning of October. Because we have a very narrow window to experience the leaves changing color, I like to have my fall days and adventures planned ahead of time.

I like to be outside as much as possible in the fall to take in the crisp, chillier mornings and feel the warm sun on my face in the afternoons. Plus, the bright oranges, yellows, and reds on the trees are an added bonus.